According to the National Institute of Mental Health (NIMH), approximately one in five adults (or nearly 20%) experience mental health concerns.  This statistic equates to an estimated 44.7 million adults in the United States.  Recent studies indicate that the prevalence is higher among women than men (i.e., 21.7% of women compared to 14.5% of men).  Young adults aged 18-25 years had the highest prevalence followed by adults aged 26-49 years.  Yet, only 43% of those suffering from a mental health issue received treatment.  While traditional treatments, including psychological and psychiatric modalities, remain available, individuals are also considering a more integrative approach to their mental and physical health.

Integrative healthcare addresses the full range of physical, emotional, mental, social, spiritual, and environmental factors that affect a person’s health and wellbeing.  This form of healthcare involves a combination of conventional treatment modalities coupled with complementary approaches that are uniquely tailored to each individual in a coordinated manner.  As noted above, traditional psychological and psychiatric treatment remain at the frontline when addressing mental health.  Among additional approaches are exercise, nutrition consulting, and yoga.  The utility of these approaches has been well-documented and will be briefly summarized below.

First, psychological and psychiatric treatments have been available to ease the distress associated with such mental health issues as anxiety, depression, and low self-esteem among others.  Psychiatric treatment often involves the prescription of an antidepressant or anxiolytic medication to target the presenting depressive or anxious symptoms.  One psychological treatment modality that is commonly sought to address mental health concerns, particularly anxiety and depression, is cognitive-behavioral therapy.  In short, this form of therapy explores the impact of our thoughts on our emotions and actions in an active, problem-focused, and collaborative manner.  Cognitive restructuring is the core strategy used in cognitive-behavioral therapy.  Cognitive restructuring seeks to identify, challenge, and alter maladaptive thinking patterns.  These negative, unrealistic, and perhaps irrational thinking patterns are also called cognitive distortions.  Examples include jumping to conclusions, overgeneralization, all-or-nothing thinking, and should statements.  Through the course of identifying, disputing, and changing our distorted thoughts into more realistic ones, we begin to experience healthier emotions and behave in a more adaptive manner.  In addition to cognitive restructuring, several behavioral strategies are typically incorporated into the treatment.  More specifically, behavioral activation, mindfulness-based stress reduction, exposure therapy and response prevention, and relaxation techniques are often used to target feelings of depression and/or anxiety.  Overall, when using a cognitive-behavioral approach, improvement can usually be seen in as little as eight to ten sessions, but at times, longer treatment is warranted.

Second, while the benefits of exercise on our physical health have been well known for years, research has now shown that regular exercise also improves our mental health.  More specifically, exercise has been shown to provide individuals with greater energy, sharper memory, improved concentration, higher self-esteem, better sleep, and improved resilience, especially when facing life stressors, anxiety, and/or depression.  With respect to depression, exercise leads to changes in the brain, including the release of endorphins, which aid in energy and positive feelings, reduced inflammation, and neural growth.  Relative to anxiety, the release of endorphins results in feelings of calm and the relief of tension.  In short, exercise improves mood and provides an overall sense of well-being.  Exercise can include cardiovascular workouts or strength training.  Both have been shown to alleviate feelings of depression, anxiety, and general stress.  Interestingly, the frequency of exercise (e.g., twice weekly versus daily) as well as the intensity (e.g., several sets of few repetitions versus low sets of high repetitions) do not seem to factor into the overall benefits.  In other words, it is simply more important to just exercise.  If a person finds it difficult to start and/or to stay motivated, s/he can focus on pursuing achievable goals that are not initially overwhelming.  Choosing activities that are enjoyable and that are done with friends can make exercise more appealing.  Working with a personal trainer is also recommended.

Third, maintaining a healthy diet has been shown to alleviate mental health symptoms and promote overall wellness.  Those who maintain unhealthy eating patterns tend to have poorer mental health and engage in more maladaptive behaviors. General recommendations for a healthy diet include eating nutrient-dense foods, whole grain and high fiber foods, quality protein sources, including plant-based protein, and a variety of fruits and vegetables.  Staying hydrated by drinking the recommended 64 ounces of water per day is also beneficial.  Conversely, it is important to avoid highly processed and refined foods, such as white bread, pastas, soda, and candy.  Research has shown that excessive sugar consumption and a diet filled with processed foods have been linked to higher rates of depression.  Dietary improvement has been shown to remedy feelings of depression and anxiety.  Working with a skilled nutritionist or dietician to develop an individually-specific nutrition plan can be efficacious in ameliorating distressing feelings and maintaining overall wellness.

Lastly, incorporating yoga into our consistent routines can have a positive effect on many mental health conditions.  Individuals have been using yoga to address feelings of depression, anxiety, and stress.  Yoga generally incorporates physical poses, controlled breathing practices, and periods of deep relaxation or meditation.  In reducing anxiety and stress, yoga enables better emotional regulation and slows our physiological arousal.  To practice yoga effectively, our focus is on the present, which prevents us from ruminating about a potentially melancholy past or an anxiety-ridden future.  Yoga also allows us the opportunity to foster our self-identity and self-efficacy.  Many view yoga as an attractive, healthy option because it is non-pharmacological and has minimal adverse effects if practiced as instructed.

In summary, several modalities that incorporate traditional and non-traditional approaches to mental and physical health are available.  Integrative approaches are gaining in popularity and have research support to corroborate their efficacy.  While any one of the aforementioned modalities has been shown to alleviate mental health symptoms, an integrative approach generally produces the best results.  Most importantly, regardless of which modality one uses, working with a licensed, certified, and highly skilled provider is paramount.  If, at any time, a person believes his/her health or well-being is in jeopardy, s/he is urged to contact his/her primary care physician or go to the nearest emergency room. 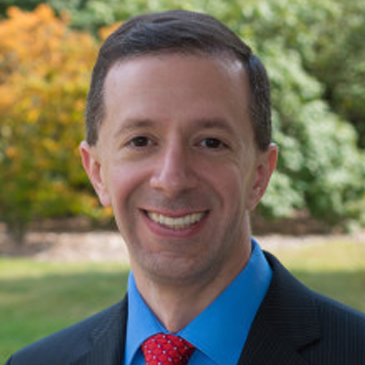 Dr. Peter DeNigris earned his Psy.D. in clinical psychology in 2004 from the Graduate School of Applied and Professional Psychology (GSAPP) at Rutgers University. His general practice includes evaluating and treating adolescents and adults using a cognitive-behavioral approach, which is widely considered to be the most effective treatment modality for a multitude of problems. Two